We are here to talk about Willamette Cove’s clean up process. They will include: Removal actions (some completed); talk about the Feasibility Study or plans and methods for clean up and the risk assessment.

The cove is 24 acres along the Willamette River. To manage the area and its constraints, we configured the area into three areas not including the in-water which will be handled by EPA. A diagram will demonstrate the separation of upland and the EPA area as it is a bit unique. The diagram shows that the EPA will be responsible for the in-water portion of cleanup from the top of bank instead of the normal high-water mark.

To give the industrial footprint, we will show the West Parcel, the Central Parcel and the East Parcel.

WEST PARCEL—history—from 1901 to 1970, the Simpson Plywood Mill (my grandparents friends) stood at the site processing a high yield of lumber.

CENTRAL PARCEL— the St Johns Shipyard including dry docks and ship repair took place here (Prior to the Port of Portland moving it to Swan Island.)

EAST PARCEL—In about 1948, located here was the barrel production plant or cooperage which was eventually overtaken by plywood mill production.

In some areas, brick was used as riprap along the shoreline.

In 1976, the Log Pond associated with the Plywood Mill was filled in. Discovered there were heavy metals such as: Sb, Hg, Pb, Cu, as well as PAH’s, PCB’s, dioxins and furans.

As part of the cleanup action, in 2016, 161 Truckloads of PAH’s, dioxins and metals were removed.

One goal of the effort was to maintain existing heritage trees, (Madrone) while removing contamination.

In this location, the main risk to humans is dioxins and PAH’s. While there are some dioxin hotspots; it seems to be ubiquitous through out the property.

Specifically in the West Parcel, a high level of PCB’s were found in-water. PCB’s were also found in the area of the log pond of the plywood mill. Whether the PCB’s were part of the contents in the log pond or added later as fill is not known.

Reviewing the site, we included 10 Alternatives that were practicable for cleaning up the Cove. They include various forms of capping, excavation and combinations of both.

REMOVAL: As straightforward as it seems, the contaminated soil will be removed and taken to an appropriate landfill.

CAPPING: This can include removing an appropriate amount of contamination but it is adding sand and/or soil to an proper depth or various layers with rock and perhaps all rock to cover the fill where safety to humans and animals is no longer a factor.

COMBINATION: Usually capping requires some removal. In this case, extensive removal of contamination will be necessary before the capping layers are put in place.

In conjunction with the Metro governments priority of maintaining the natural area, the preservation of the native trees at Willamette Cove was emphasized and the design intended to preserve the existence of those trees.

When Metro first acquired Willamette Cove from the Port of Portland, the extent of contamination was not known. For years, neighboring citizens walked their dog, lounged on the sand, built fires and believed the location a nice place to visit along the Willamette. Also, houseless folks found it an appealing place to moor their boats and build campfires. Not until the Portland Harbor Superfund investigation was it revealed the extent of contamination in Willamette Cove was also found.

Metro’s original intent was to upgrade and restore the Cove as Metro had to many of its sites purchased where students completed restoration, tested the water and studied macroinvertebrates. 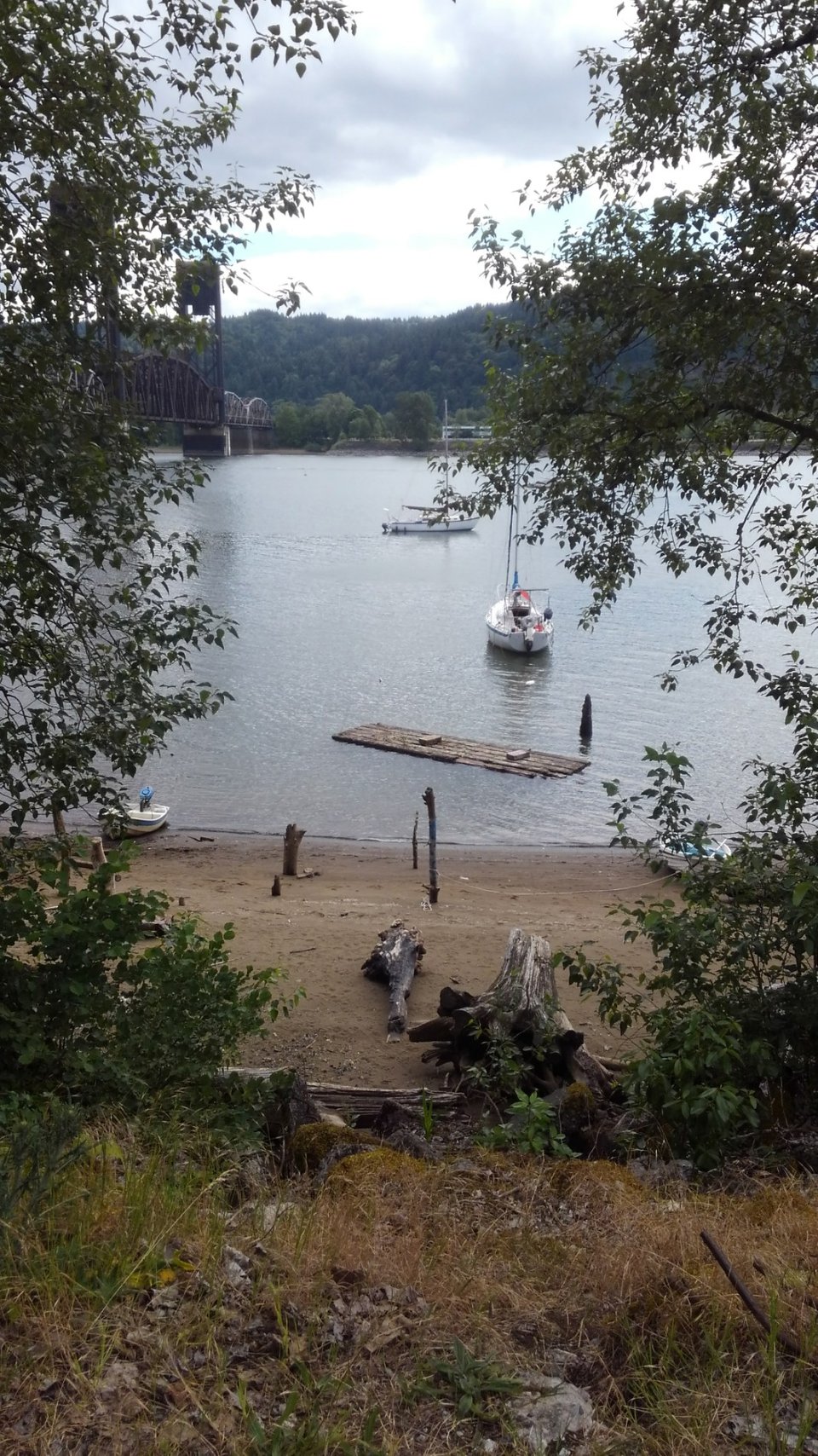